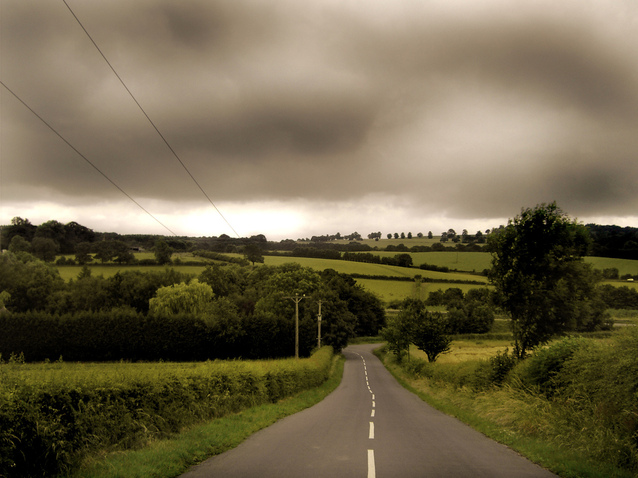 My name is Dan Biocchi and my journey began in 1996. I had gained a lot of weight, but lost the weight just as quickly and didn’t feel well. The doctor confirmed my suspicion—my fear—that I had Type 2 diabetes—one of the common symptoms of acromegaly.

Being an Olympic athlete and knowing the best way to fight this disease, I took the task of getting fitter. I cycled every morning. I ate a diabetic diet. I did everything one should do to control the diabetes.

Over the next few years, my diabetes became more acute, controlled through diet to light medication, including Metformin. There were signs that things were a bit different. I had mood swings, anxiety, excruciating joint pain, sleep apnea and hypertension.

In 2004, I was hospitalized for ketoacidosis and was now insulin dependent. After this ordeal, we thought life would become somewhat normal again.

In 2005, we lost our family doctor and started our search for a new one. In our patient-doctor interview, the doctor immediately advised me that I would be referred to a specialist, an internist who specialized in diabetes. In 2006, I finally met with the specialist and was referred to a comprehensive program at the hospital—an inclusive team approach to help diabetics. This team included a doctor of internal medicine, a dietician, physical activity trainer, nurse practitioner and a psychologist, plus had a supervised exercise program that I attended three times a week. Even through exercise and diet, the nurse practitioner could not understand the instability of my sugars and the insulin required to keep my sugars at a normal level. It seemed that my body was resisting the insulin.

I met with the internist every three to four months to review my chart and check my insulin and medication. I would tell him about the sugar highs and lows, and how painful my joints were. I once told the internist, “I feel like I’m growing.” And yet, there was no reaction from the specialist who knew from test results that I also had an enlarged heart, high blood pressure and hypertension—all key signs for acromegaly.

Between 2006 to early 2008, I was still not doing well—I still had high sugar levels and drastic sugar lows of 2.5 or lower.

In February 2008, I asked my family doctor to be referred to an endocrinologist for a second opinion.

In November 2009, I finally met with the endocrinologist. I talked about my diabetes, and the endocrinologist asked if my hands and feet had always been so large. I advised her that my shoe size was now a size and a half larger and my hands were so big that I had issues getting gloves to fit properly.

On December 2, 2009, I was finally diagnosed with acromegaly, and a few weeks later, it was confirmed that I had a brain tumour. I was advised that surgery was required.

The first Endoscopic Endonasal Approach brain surgery (EEA) took place in March 2010, followed by a second in October 2010; both were unsuccessful. Then in July 2011, I went through a round of radiation using CyberKnife—a robotic radiosurgery system. Unfortunately, the tumour is still intact and still producing growth hormones.

I am stable now but suffer from Acquired Brain Injury (ABI), which manifests itself with short-term memory issues and sometimes lack of filter. I also suffer from free-flowing anxiety and depression. I continue to suffer from fatigue, high blood pressure and diabetes, and I no longer produce my own testosterone or natural cortisol. I take numerous medications including a monthly injection, “Sandostatin”, to help regulate the growth hormones.

My wife and I have lived this journey together. When we started our journey there was no support for acromegaly patients in this area. We are both so appreciative of Dianne Sauve for founding Acromegaly Ottawa Awareness and Support Network. 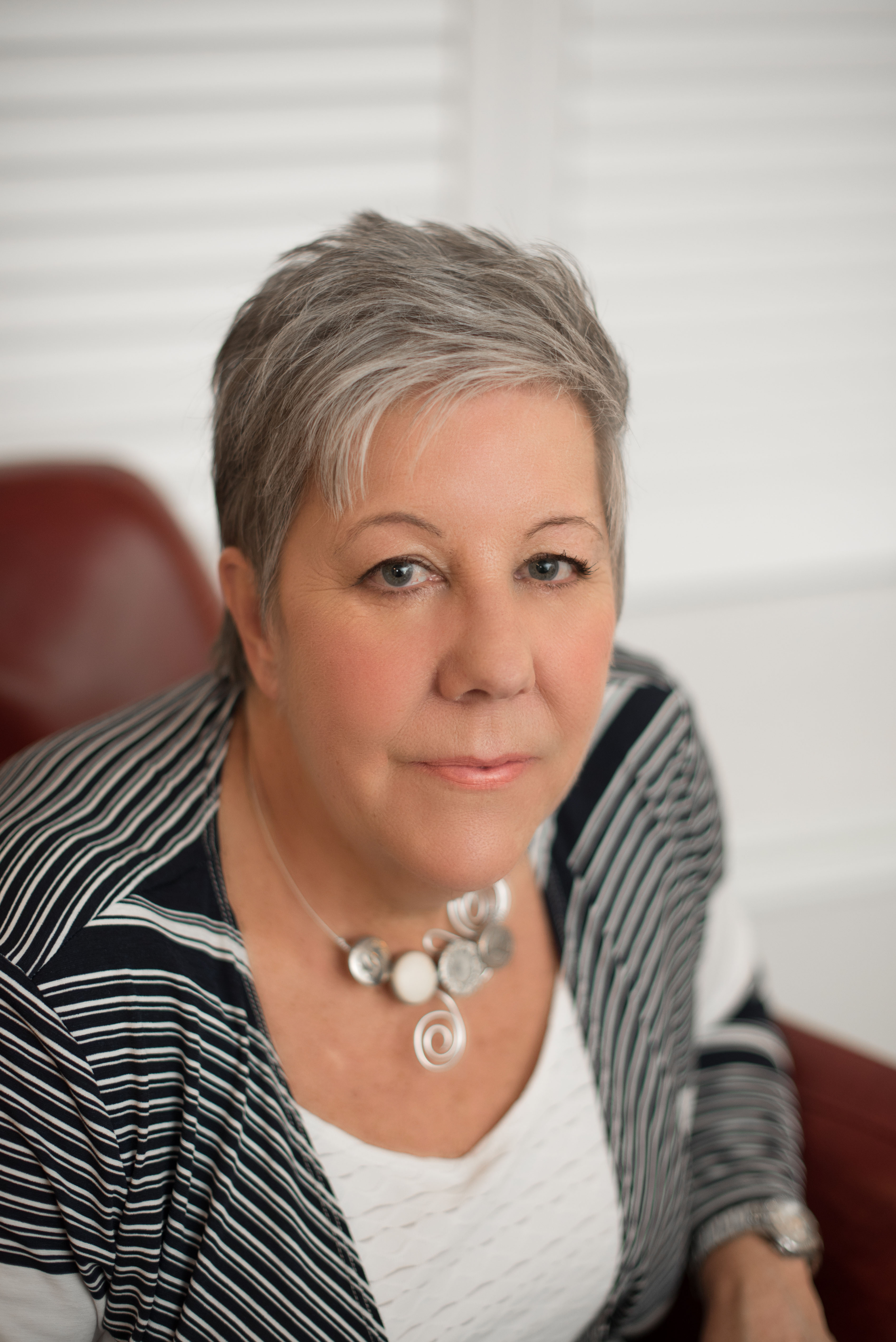 My name is Dianne Sauve and I was diagnosed with acromegaly in 2012. After eight years dealing with this disease and talking with many patients, I consider myself one of the lucky acromegaly patients. Unlike many others, I did not have to spend years feeling my body and quality of life deteriorating while being unable to find a resolution to multiple health problems. My diagnosis came on the heels of being diagnosed by my family physician as having type 2 diabetes. Always concerned and proactive with my healthcare, I made a point of seeing my family physician annually for blood work and a discussion on my general health. I was fortunate that this led me to a very fast diagnosis of acromegaly.

After the diabetes confirmation, I accepted my doctor’s offer to be referred to an endocrinologist who would help me with the diabetes. I would be educated on what was happening in my body and how I could control the disease. Following a discussion with the endocrinologist, I asked a few simple questions about diabetes that triggered her to further question me. My feet had grown and I was having difficulty losing weight even though I was exercising. With a keen eye, she looked at me and decided to order further blood work. It was that bloodwork that revealed a high IGF-1 level and further investigation confirmed acromegaly. I am thankful that my endocrinologist listened to my concerns and was open to further tests to determine what could be the cause. Had she not, I may have seen my body deteriorate over the next eight years without knowing what was happening. Quality of life for me would have been very different than it is today.

Early diagnosis and knowledge of acromegaly are two reasons why I decided to become an advocate for this disease. Like most people, I had never heard of acromegaly when I was diagnosed, but I took the time to learn and then realized that the simple act of having a blood test changed the course of my life. I wanted to connect with other patients and also raise awareness so that others would not have to suffer for years before being diagnosed. After all, I was one of the lucky ones.

Knowledge of acromegaly and its symptoms can empower the individual to initiate discussion with their physician about the disease. This in turn could lead to exploring whether acromegaly is the root of an individual’s health problems.

My message to the general public is to learn what acromegaly is, how it can affect your body, and what symptoms it presents. Early diagnosis is key to disease control as well as quality and longevity of life for the patient. See your family physician on a regular basis, ask questions if you need answers, be informed, and join a support group if you are diagnosed. You are not alone!

Acromegaly is a disease that results from excessive secretion of growth hormone (GH) from the pituitary gland, usually caused by an adenoma (an excessive growth of normal cells, usually non-cancerous in nature).

In a child or adolescent, excessive GH is called pituitary gigantism. For adults, excess GH will stimulate the growth of bone, cartilage, organs and skin; patients will not, however, become taller.

MANIFESTATIONS OF THE DISEASE

Key things to remember about the manifestation of the disease:

The most noticeable characteristics of GH are:

The main metabolic complications are related to the production of the sexual hormones by the pituitary gland. Women might notice the absence of menstruation, vaginal dryness, and excess hair growth. Men might notice a severely reduced libido.

3. Symptoms related to the size of the tumour mass

4. Symptoms associated with a comorbidity

A number of symptoms will have a very significant and irreversible impacts on the quality of life for the person down the road. Among them are:

A cluster of symptoms described above could lead to chronic fatigue and weight gain.

THE ROAD TO TREATMENT

Unfortunately, awareness of the disease is lacking among the general population. As such, those who are developing the disease do not really know what is happening, or they mistake some symptoms with general aging issues. They are generally able to identify typical, but often isolated, signs of acromegaly long before a doctor is able to pinpoint the disease and many fail to mention these symptoms during visits to the doctor. Because many symptoms also appear in the general population, and the fact that acromegaly is a rare disease, family doctors are more likely to refer patients to a specialist to deal with the isolated symptoms as opposed to an endocrinologist. The endocrinologist, through a clinical interview and blood work, will determine if the patient has pituitary disease and is able to provide treatment options.

Treatments are not as effective when disease has progressed untreated for several years. Way too many of us have a significant lower quality of life. This can manifest as reduced self-esteem, chronic comorbidities, chronic pain, chronic fatigue, depression, and impaired relationships with family and others.

Acromegaly is a serious disease that needs to be diagnosed early and treated in a timely manner. Awareness and knowledge are key to quality and longevity of life for patients.

For more information about the patients’ perspective on acromegaly, please read this paper.

Find us on social media